A massive year of representing!  Congratulations to the following players and coaches that have been named to the NSW State Teams and the Junior Australian Outback. U19 JUNIOR AUSTRALIAN OUTBACK NATION TEAM – Congratulations to UNSW Raiders player, Kordell Payne, who has been named to the Australian Outback Junior National Team who will compete at the IFAF U19 World Championship to be held in Mexico City later this year! 2018 NSW

END_OF_DOCUMENT_TOKEN_TO_BE_REPLACED

We would like to wish the very best of luck to our UNSW Raiders Women’s Players who have all been invited to the first ever Women’s National Selection Camp! #5 Shiloh Phillips #10 Kirstie Bridge #43 Renae Ashleigh Hahn #99 Jasmin Collins Our ladies will join 67 other players from 5 states to fight for a place on the first ever Australian Outback Gridiron Women’s National Team. The successful squad

END_OF_DOCUMENT_TOKEN_TO_BE_REPLACED

The UNSW Raiders would like to congratulations Coach Dane Robertson on his appointment to the first ever Australian Outback Women’s National Team Coaching Staff to represent Australia in the 2017 IFAF Women’s World Championships.  Dane will be coaching Wide Receivers and will also be Co-Special Teams Co-Ordinator. Dane is the current UNSW Raiders Womens Head Coach who finished the 2016 Gridiron NSW Season as undefeated champions winning the Opal Bowl.  Dane joined

END_OF_DOCUMENT_TOKEN_TO_BE_REPLACED

The UNSW Raiders would like to congratulate the following players, coaches and staff on being selected to represent Australia in the 2015 IFAF World Championships to be held in Canton, Ohio this July. PLAYER: Samuel Reilly PLAYER: Viliami Folau COACH: Paul Manera TEAM MANAGER & CDM: Elissa Manera The World Championships are being held at the Tom Benson Hall of Fame Stadium on 9th, 12th, 15th & 19th July 2015

END_OF_DOCUMENT_TOKEN_TO_BE_REPLACED 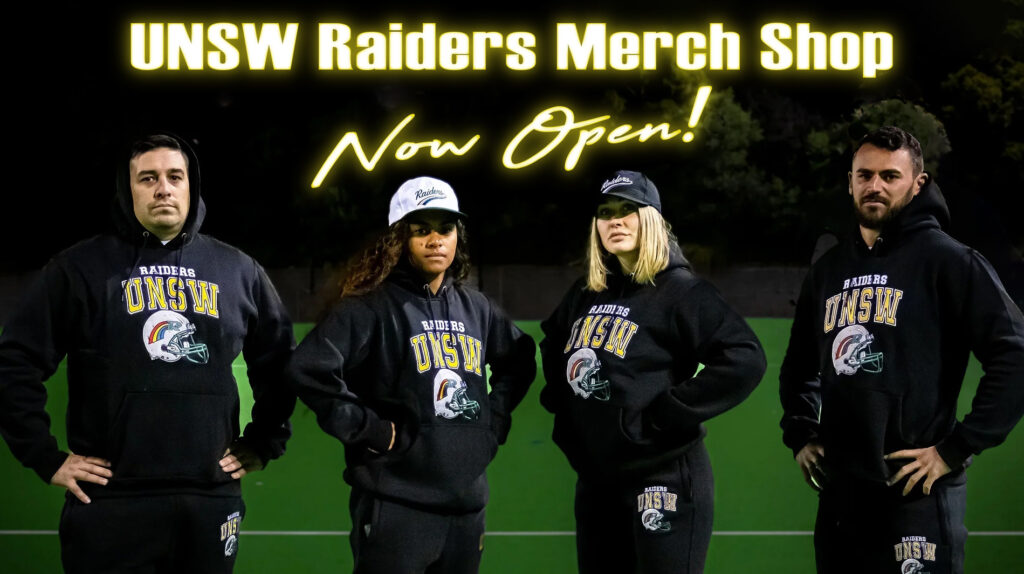