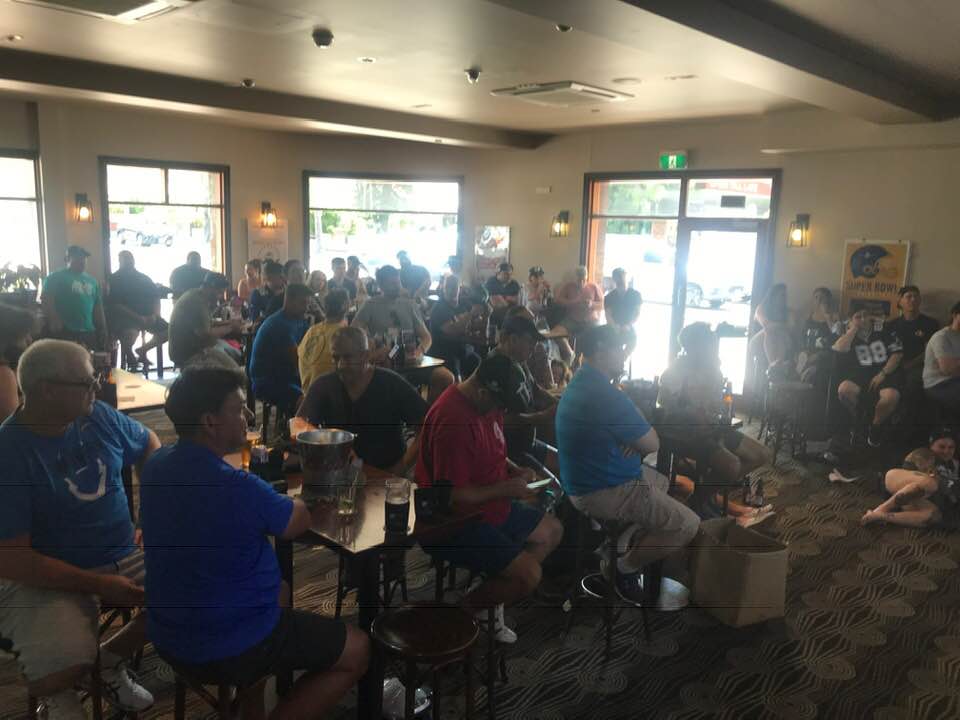 In what some would say as the single most boring Superbowl in recent times to watch, the UNSW Raiders turned up in numbers to their home away from home the Lakes Hotel. With the club putting the game on the large screen for us and cooking up American fare of hot-dogs and chicken wings, cheering and jeering at the screen was heard around the club as people came in to watch the game with us. At one point in the game Coach Brundu bought in boxes of Raiders merchandise and threw stuff around the room in his own attempt to liven up the proceedings. Whatever the score or whomever you wanted to win, it was great seeing the #FAMILY back together socialising again.