Round 1 sees all three of our UNSW Raiders Teams with a BYE.  This gives us an extra week to prepare for Round 2 where all of our teams will play their season openers at home. 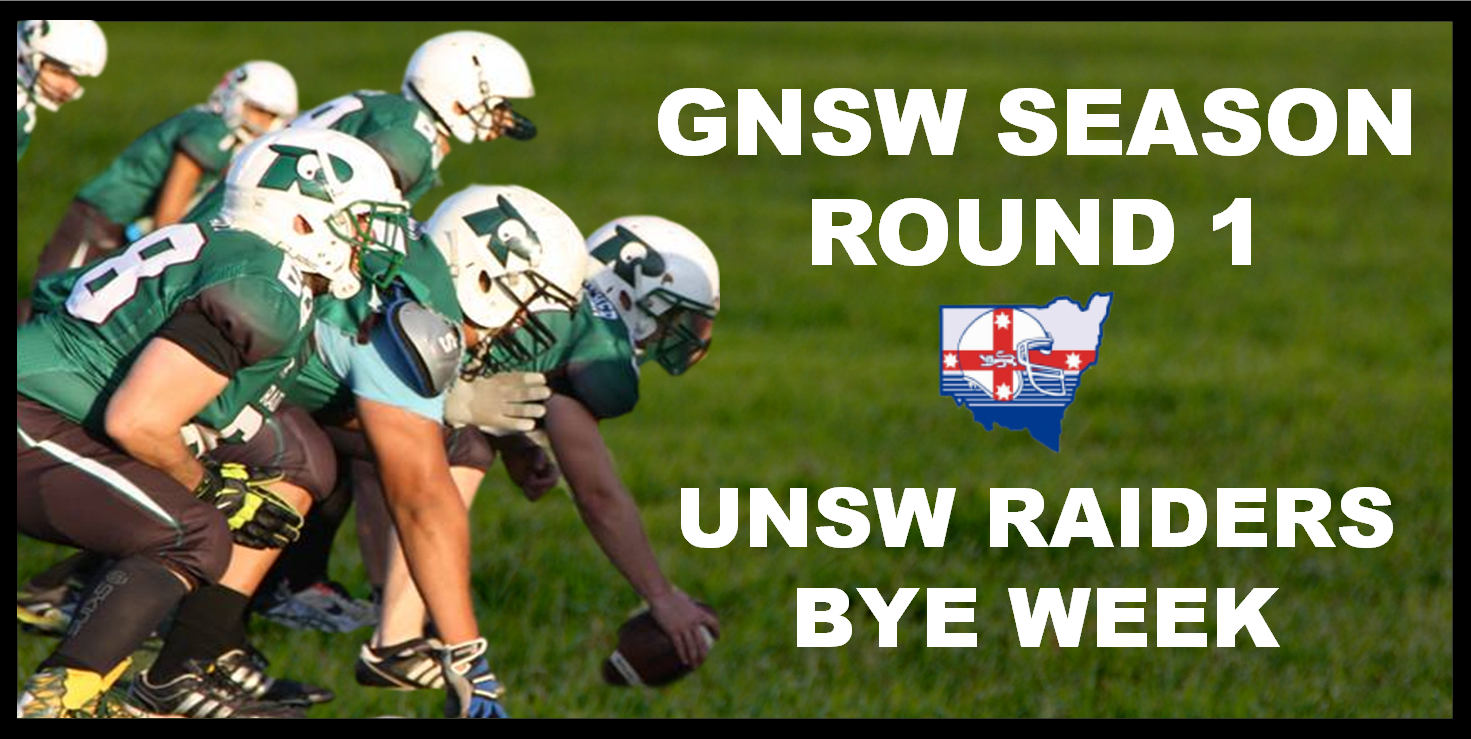 Even though the Raiders have a BYE there is plenty of football to be enjoyed this weekend at the following three venues: