iron Championship!  All teams will be in action and will play off for final positions.

After the 9 week regular season game the final games of the year will be played as follows:

Each age group will be playing for a Memorial Bowl and we are honored to have special guests with us on the evening to make these presentations.  The Bowls are as follows: 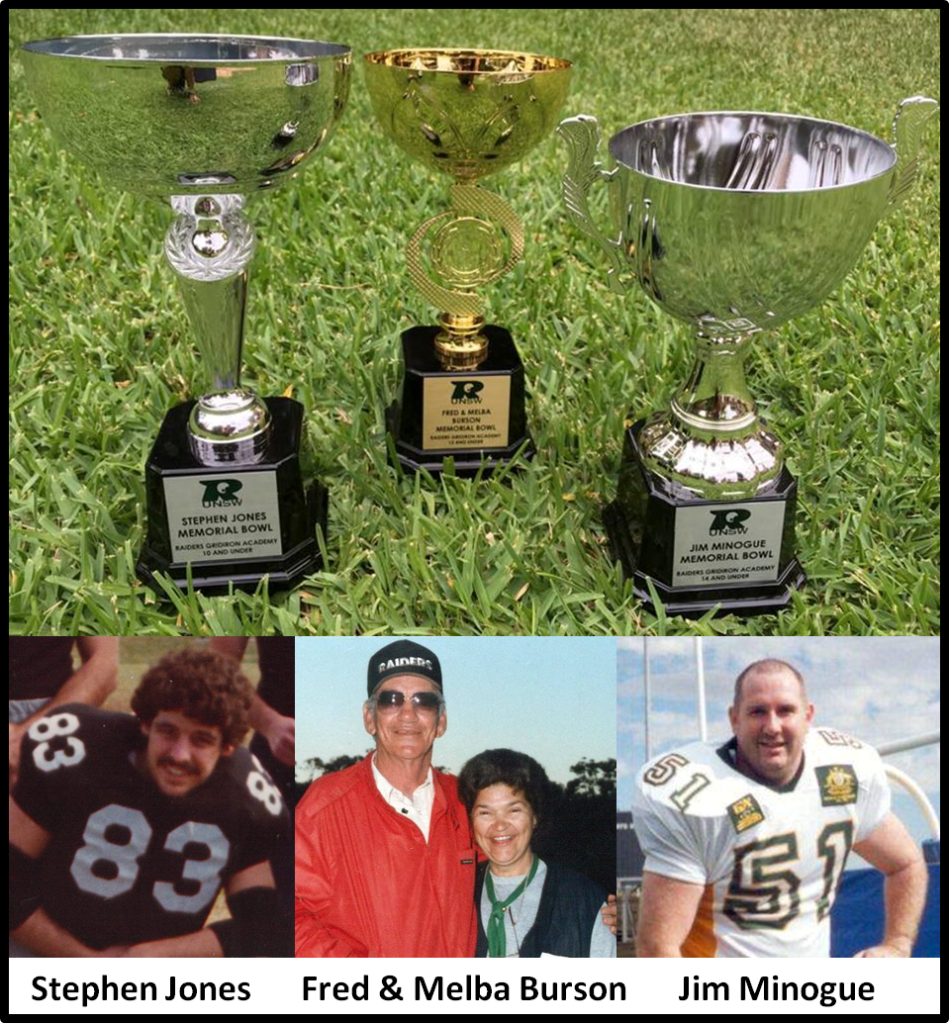 THE GAME DAY SCHEDULE IS AS FOLLOWS:

The Championship Game will be played on the Field 1 and the Bronze medal game on the Field 2.  All players will be presented with the appropriate medallions at the conclusion of each of the age group matches.  We look forward to seeing everyone for this very exciting evening.