Tonight, was Round 9 and the final round of the regular RGA season.

Under 10 Competition – The Giants and the Jets were both had great wins with the Giants keeping hold of the top spot on the ladder.

So that the players that attended could have a game the Cobras played the Bolts and the score was 22-19 to the Cobras.  For the purposes of the standings we have recorded that the Cobras 22 def Hawks 0 and the Bolts 19 def Ravens 0.

Under 14’s Competition – The Grizzlies have finished the season on top of the ladder with a fantastic 8-1 record and a huge congratulations to the Spartans who had their first win of the season defeating the Bears! 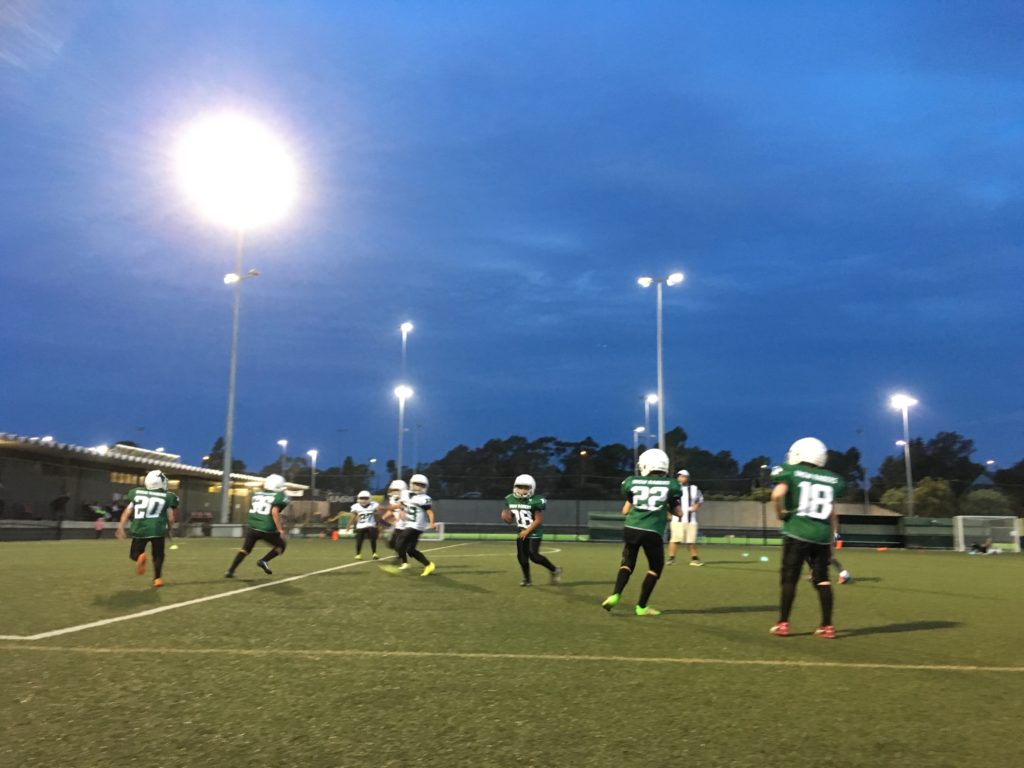 More information will be posted up early next week regarding the draw and the Bowls.

STANDINGS – To see the final regular season standings for the RGA competition please look to the right and scroll down to the standings table which is labelled RGA.