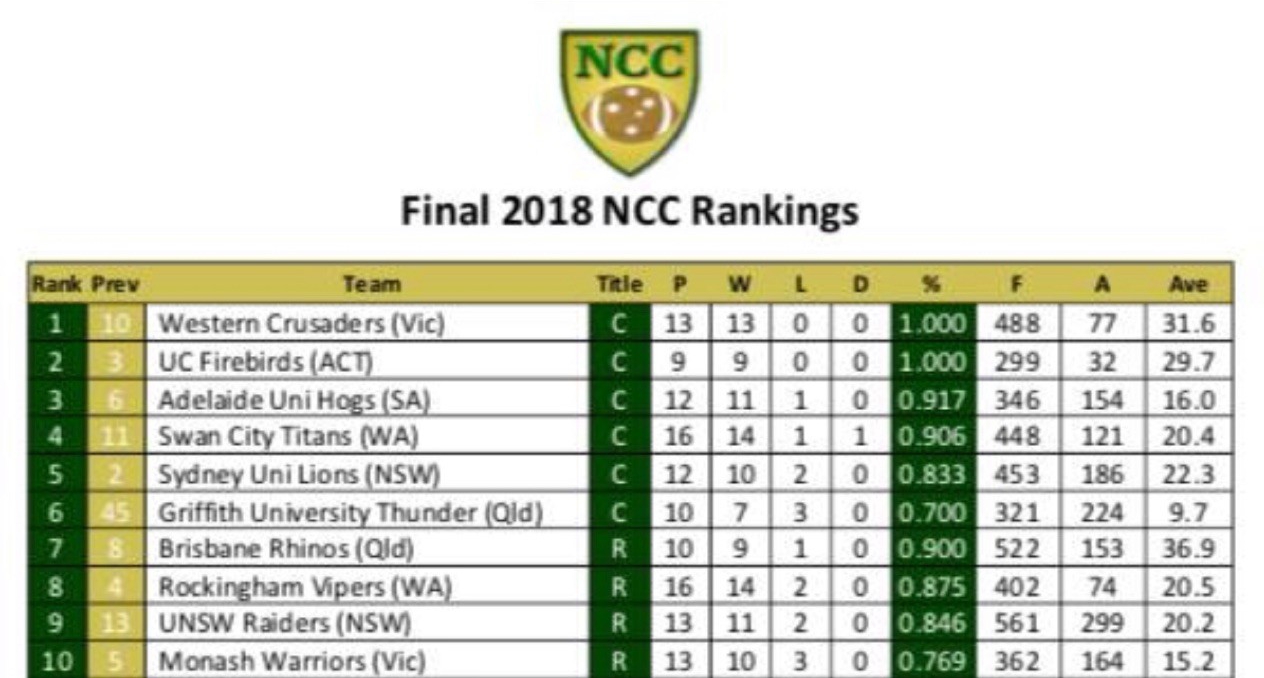 The UNSW Raiders have broken into the top 10 of the National Club Championship (NCC) rankings for the first time in club history. Previously ranked 13th, the club moved up four spots to 9th. The rankings that were released today was a huge shock to Coach Andrew Brundu saying that he was “stoked” at the ranking and attributed the success it to the new #FAMILY environment of the club.