There is a long history between the Raiders and the Lions – they are the  two oldest clubs in NSW.

In 1984, the Sydney University Stormtroopers and the Waverley Raiders (as the clubs were called that year) played in their first AAFC game and a rivalry is born.

Since 1985, the Raiders and arch-rivals the Lions have battled against each other in 6 Championship Games with both teams having won 3 championship victories each:

The Foundation Shovel was started in 2008 and was created in recognition of the Raiders and the Lions being the only two surviving foundation clubs from 1984 Gridiron NSW league. 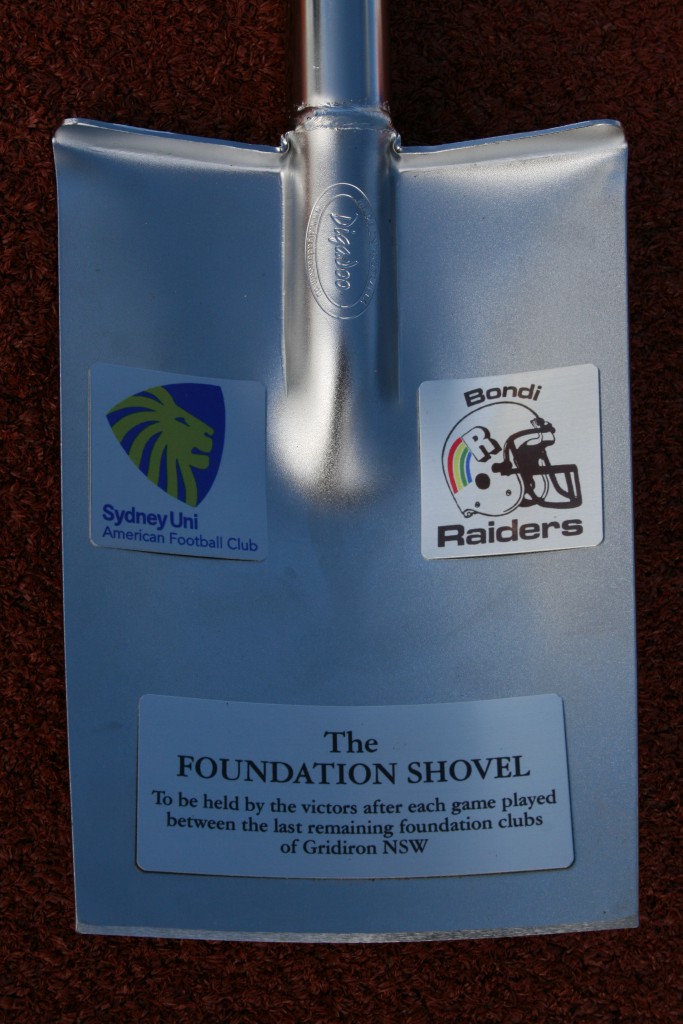 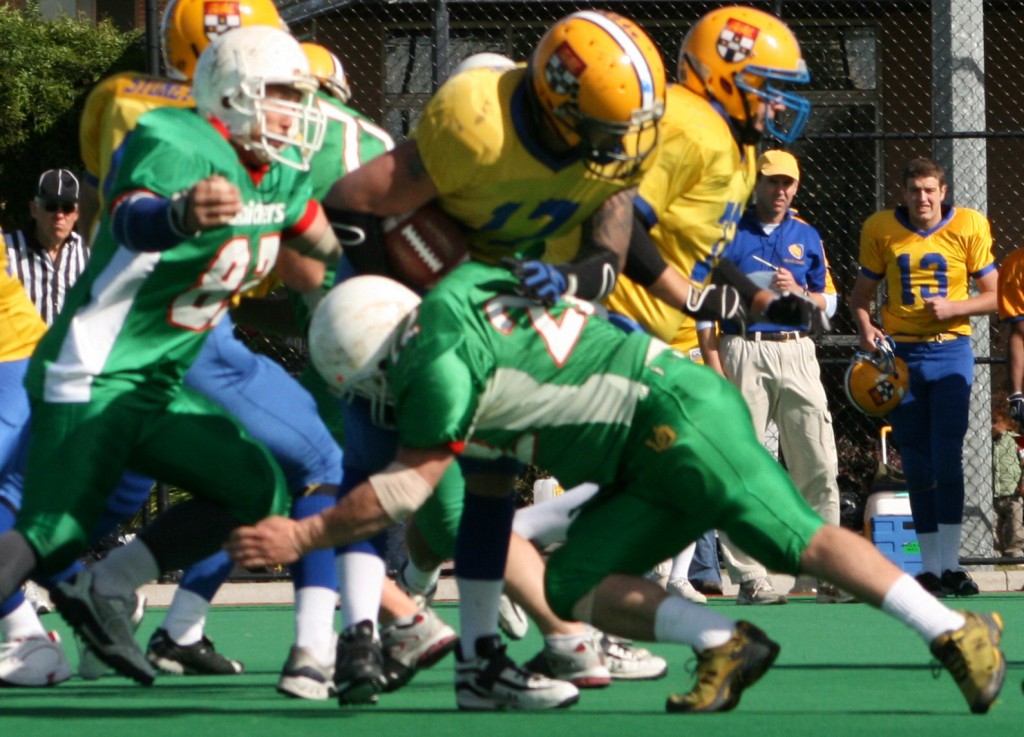 The battle continues: This Saturday 10 October 2015, the UNSW Raiders play the Sydney University Lions in Round 5 of the Gridiron NSW Men’s Competition.  The game kicks off at at 4.00pm at Robert Ziems Park, Short Street, Corrimal.

In other Games this weekend: The UNSW Raiders Women hope to continue their winning streak when they take on North Western Phoenix at Pennant Hills Hockey Centre, Britannia Street, Pennant Hills.  Kick off is at 4pm.

Photo from 2008 – the first game that the Foundation Shovel was played for.