We would like to thank all of the Players, Coaches, Executive and Support Staff for helping to make 2015 the most successful season in 5 years with the Men making the Quarter Finals and the Women off to the Gridiron NSW Opal Bowl!

At today’s presentation day we  recognised the 10 years of service for Jioje Aropio – we thank him for this loyalty and constant support of the club.

Today we also recognised a member of the club for their on going support and contribution.  It i

sn’t often a jersey number is retired, in fact, before today there were only  2 Raiders Gridiron Club jerseys in this state – #55 (Steve Jones) and # 57 (Peter Tos Snr).

Now we take that count to 3, as UNSW Raiders Jersey #76 was officially made unavailable. 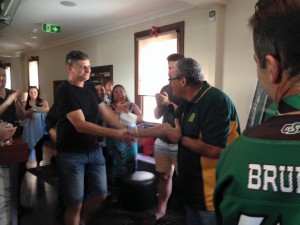 was retired in recognition of PAUL MANERA for his contribution to the Raiders Gridiron Club both as a player and as a coach.

Without doubt it was a well deserved award and we thank Peter Tos Snr and Andrew Brundu for taking the time to join us today to present the framed jersey as a gift to Paul.

Other special awards and notable mentions today went to:

HELMET AWARDS & WARRIOR CLUB – These awards are presented to UNSW Raiders players that left a mark on and off the field in recognition of their preparation, performance and club contributions!

Warrior Club is awarded to players who excel in all three categories of preparation, performance and club person. This year’s recipients are:

Finally, we would like to congratulate the following players on their Helmet Awards: 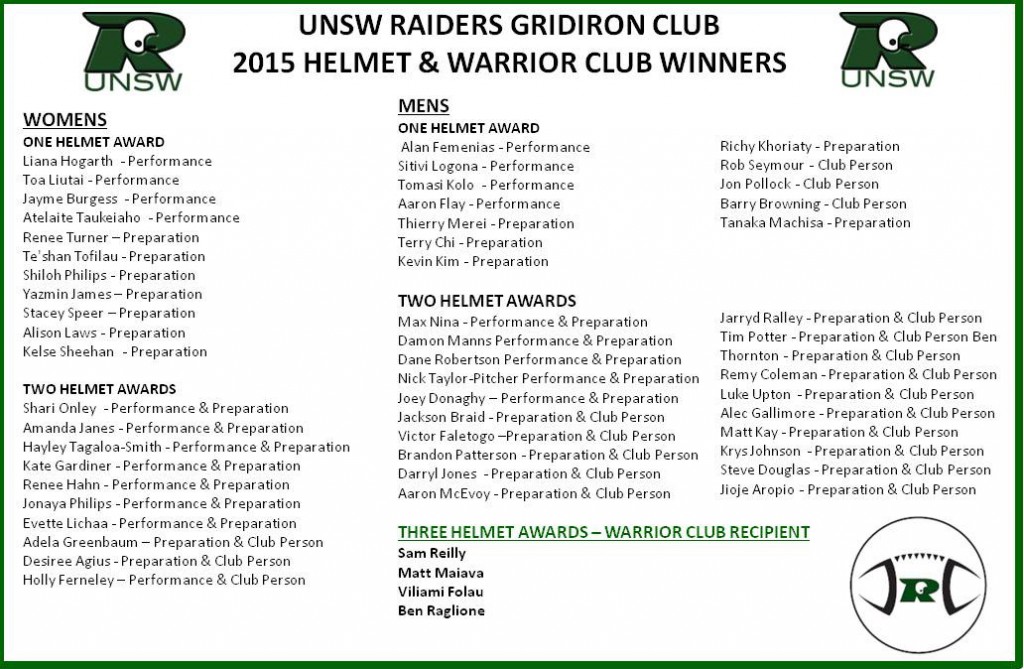