This Saturday 3 December was the Gridiron NSW Grand Finals with 3 Championships being contested at Leichhardt Oval.

Our UNSW Raiders Women kicked off against the Northwestern Phoenix at 2pm in the hopes of holding on to their undefeated record.

The ladies started in an awesome way with the first pick of the day to #7 Stacey Speer followed by the 1st touchdown of the day being run in by #80 Evette Lichaa giving the ladies a 6-0 lead.  The 2nd to

uchdown of the 1st half was to #22 Jamey Burgess, the defense held firm throughout the 1st half and the women went into the half time break with a 12-0 lead.

The 2nd half started strongly with the 3rd touchdown of the day being run in by #3 Liana Hogarth with #43 Renae Hahn successfully running in the 2 point conversion to give the ladies a strong 20-0 lead.  Halfway through the 2nd half there was a great intercept by #52 Kasia Kaputsa which gave the ladies possession of the ball before the 4th touchdown for the day by #3 Liana Hogarth with a successful 2 point conversion to #80 Evette Lichaa giving the ladies an seemingly unstoppable 28-0 lead before the Northwestern Phoenix scored their 1st touchdown of the day taking the score to 28-6.

The 5th touchdown of the day went to #3 Liana Hogarth giving her a trifecta and extending the Raiders lead to 34-6. Finally, on the last play of the game, #2 Amanda Janes completed the victory with an amazing pick six taking the score to a glorious 40-6 and giving the women the 2016 Championship! 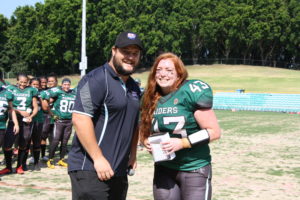 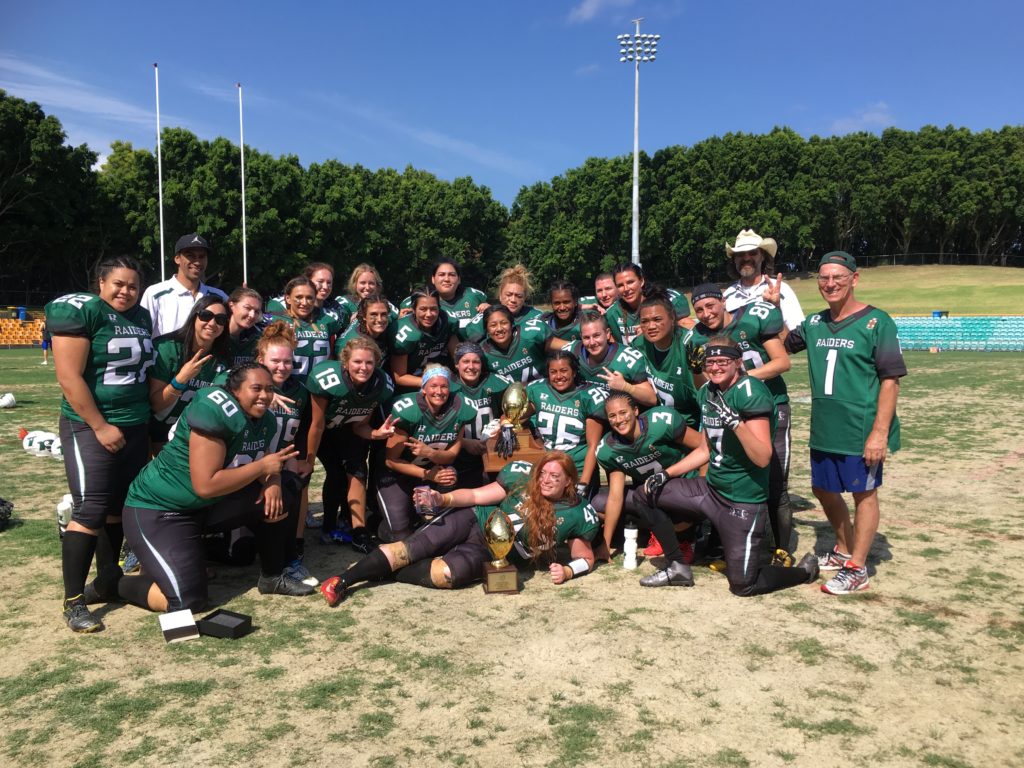 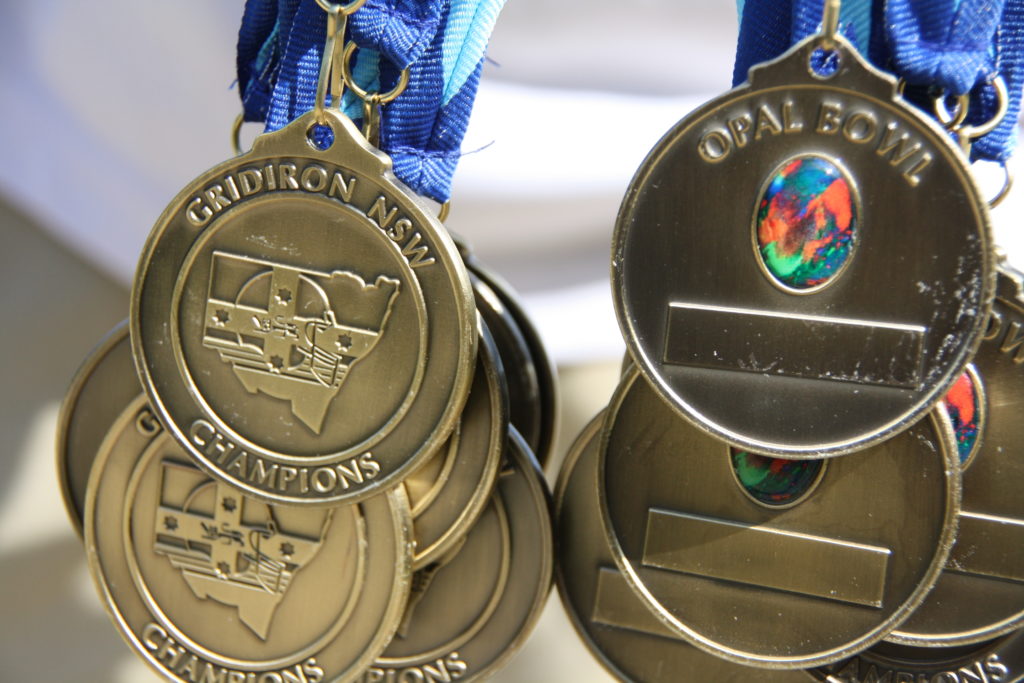 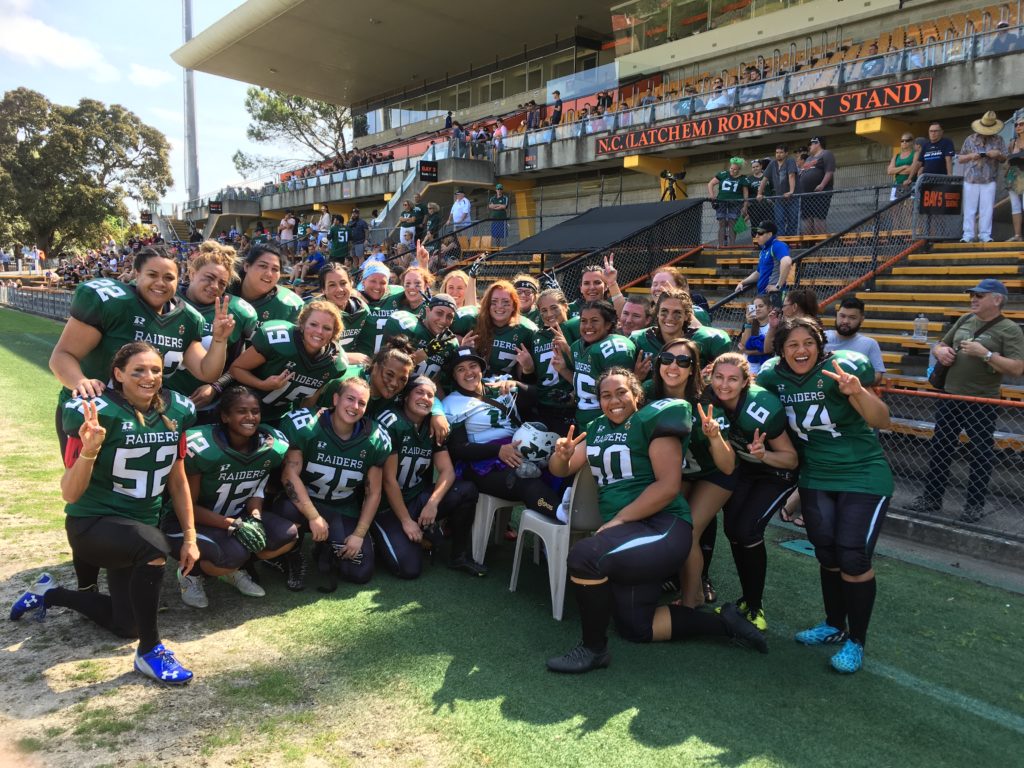 LEAGUE LADDERS – Final season ladders have been updated and are to the right of this post.

COMING UP – The final regular season round for the RGA Youth Gridiron Competition which is played on Friday Nights at David Phillips Sports fields.  Games start from 6.30pm.