The UNSW Raiders are very excited to introduce our 2017 Coaching Staff. 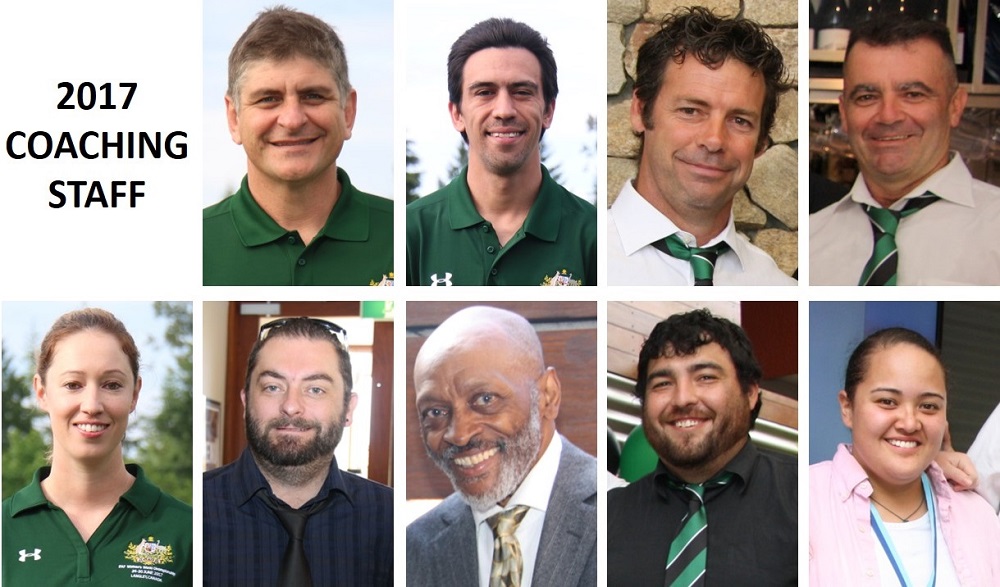 Dane Robertson joined the Raiders 2007 and played for 10 years and was a NSW Wolfpack Representative in 2010.  During this time he started coaching, in 2008 he took the role of Offensive Coordinator for the U19 Raiders team. In 2009 he was the U19 Head Coach and had an undefeated regular season. In 2012, Dane took a positional coaching position with the LFL Team, Sydney Surge and in 2015 he was the Defensive Co-ordinator for the NSW Coyotes State Team.  This year he travelled to Canada as the Wide Receivers Coach for the Australian Outback Inaugural Women’s National Team. From 2013 to present Dane has held the Head Coach position for the UNSW Raiders Women’s team winning 2 undefeated championships in 2015 and 2016.

Andrew Brundu started with the Raiders early in 1984 and played over 150 games for the club.  He coached the raiders from 1988 to 1993 and was Defensive Co-Coordinator for the first NSW state team and continued in the role  until 1993.  Andrew was President of the league in 1987 and President of the Raiders from 1989-1992. After a break he returned to coach for the 2008 season, after a second break he returned to the club in 2015.  Andrew is currently the Vice-President of the club and is the Defensive Co-ordinator for  the U19 Colts and Defensive Co-Ordinator & Linebacker coach for the Men’s Team.

Kate Gardiner commenced playing for the Raiders in 2012 and was captain in 2013, 2014, 2015 and 2016 leading the squad to the Opal Bowl championship in 2015 and 2016.  She was captain of the 2016 NSW Coyotes State Team and attended the Australian Outback Training camp in the same year. She was invited to the inaugural women’s selection camp however was forced to withdrew due to injury.  Even though she couldn’t play Kate travelled with the squad as part of the support staff for the 2017 IFAF World Championships.  In 2017, she will take the role of Defensive Coordinator for the women’s team.

Christian Stokes – Chris started playing in 1991 in the inaugural junior Gridiron league with the Eastside Colts (a junior team of the then Bondi Raiders). After playing 3 years he graduated to senior team in 1994 and mainly played slot receiver and Cornerback until retirement in 2003.   Chris played in the 1994, 95, 96, 98 and 99 Men’s Championship teams and won MVP of Offense in 1995. In 2004 and 2005 he started coaching as a Defensive Coordinator, making the 2005 championship game. After a break Chris returned to coaching from 2008 until around 2013 and then returned to coach Defensive Back’s in 2016 and will assist with coaching the Men’s team Running Back in 2017.

Charles Haywood was an assistant wide receivers and strength and conditioning coach with the Newcastle Cobras in 1984 after a break from football he returned to coaching for the UNSW Raiders in 2015 and is currently the men’s receivers coach.

Tommy Larkin, who has been part of the Raiders Gridiron club since 2001, will be the Colts Assistant Coach for 2017.  He has moved up the ranks from juniors all the way up to seniors as a player and has represented NSW in two back to back championships.  Tommy has coached the Colts to 3 back-to-back championship appearances, winning two of them. He was selected as part of the NSW Coyotes Coaching staff for the past two WAGL campaigns.

Hayley Tagaloa-Smith – Hayley has been part of the UNSW Raiders Gridiron Club since 2014. In 2015 and 2016 she captained the women’s team to 2 undefeated championships playing Quarterback. Due to an injury sustained in the 2016 Opal Bowl she is unable to play the 2017 season and will join the coaching staff as an Offensive Coach.

We would like to congratulation both Kate Gardiner and Hayley Tagaloa-Smith as they are the first women to ever coach for a Raiders Gridiron Club Team.