This weekend Saturday 30 September 2017 is 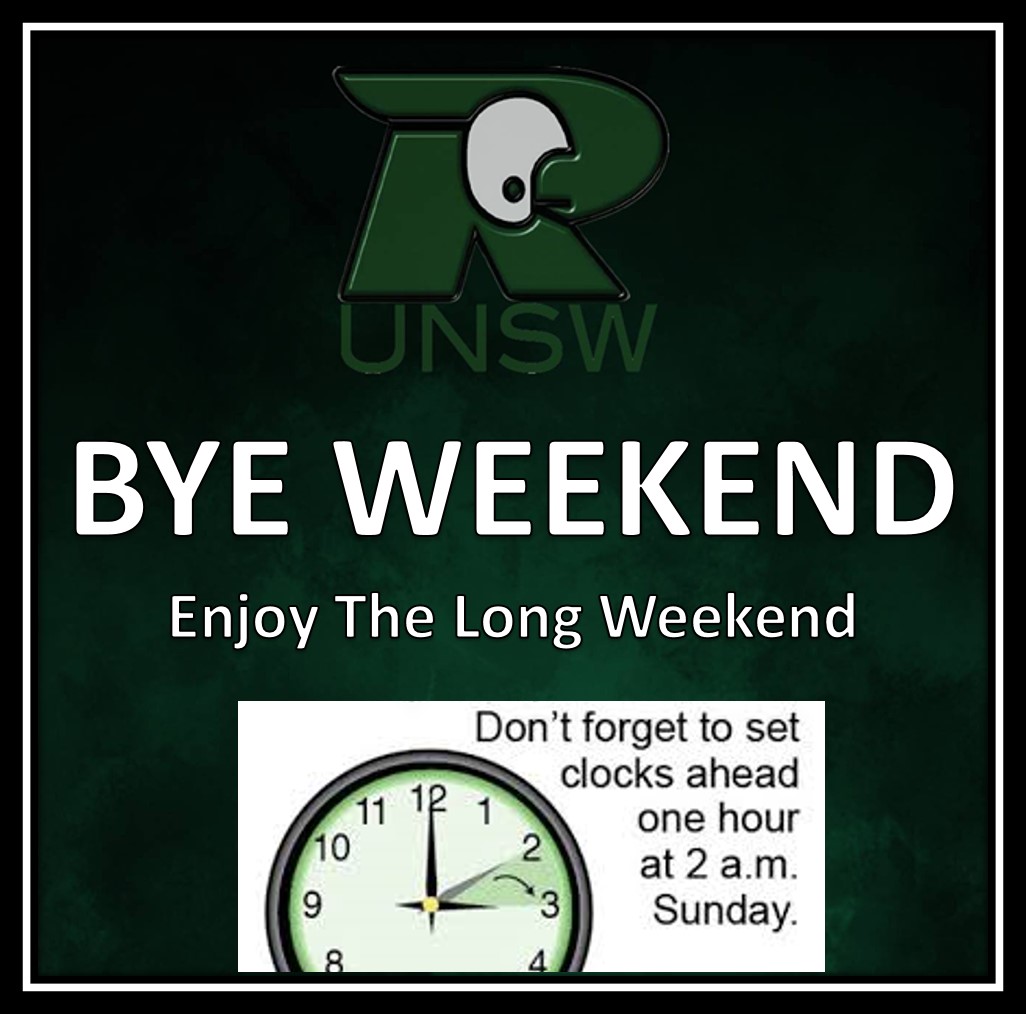 a Gridiron NSW BYE week due to the long weekend in NSW.

Our next games are on Saturday 7 October 2017 which will be Round 5 of the GNSW Season.

The Colts and Men will travel to Wollongong to face the Mustangs and our Women will head over to Forestville to play the Rebels.