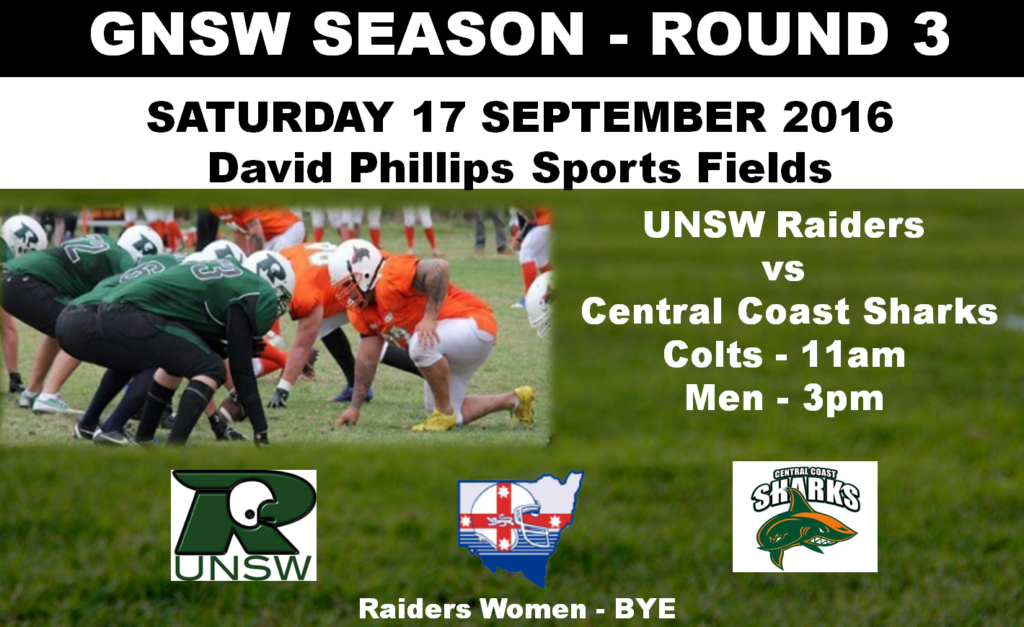 This Saturday our U19 Colts are scheduled to play the Central Coast Sharks however due to low numbers on the Sharks team this may end up as a “forfeit”.  If there is a forfeit the coaches are planning to use the allocated time to have a practice scrimmage with another team.  So we will still see our colts in action either way at 11am.

Our Men’s team are hoping to continuing their winning form from last week and will kick off against the Central Coast Sharks at 3.00pm.

Our womens team has a BYE.  Their next game will be in Round 4 against the UTS Gators.

This Saturday we will have the BBQ sizzling all day (or until sold out), we will also have drinks, lollies and UNSW Raiders Merchandise available for purchase.  We hope to see many of you down to support the teams!

GRIDIRON NSW ROUND 3 SCHEDULE IS AS FOLLOWS: