This coming Saturday, 29 October 2016, is Round 9 of the Gridiron NSW Season.  There is a huge day of football scheduled at David Phillips Sports Fields.  The BBQ will be sizzling with bacon and egg rolls early as the 1st of 5 matches kicks off at 9.30am.

The Foundation Shovel was established in 2008 and will be held by the winner of each game that is played between the 2 remaining Foundation Clubs of Gridiron NSW – The Raiders and Sydney University. 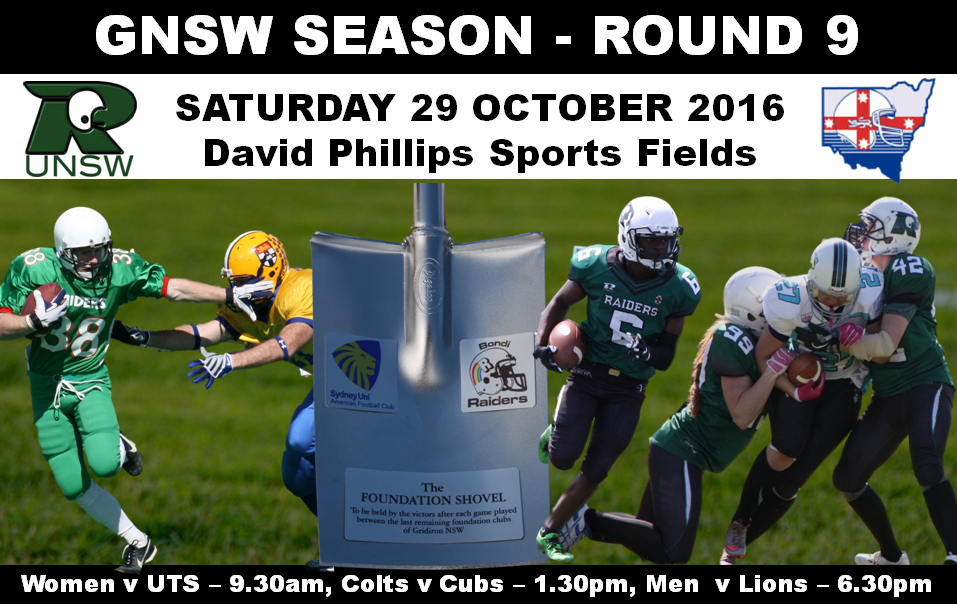 GRIDIRON NSW ROUND 9 SCHEDULE IS AS FOLLOWS: 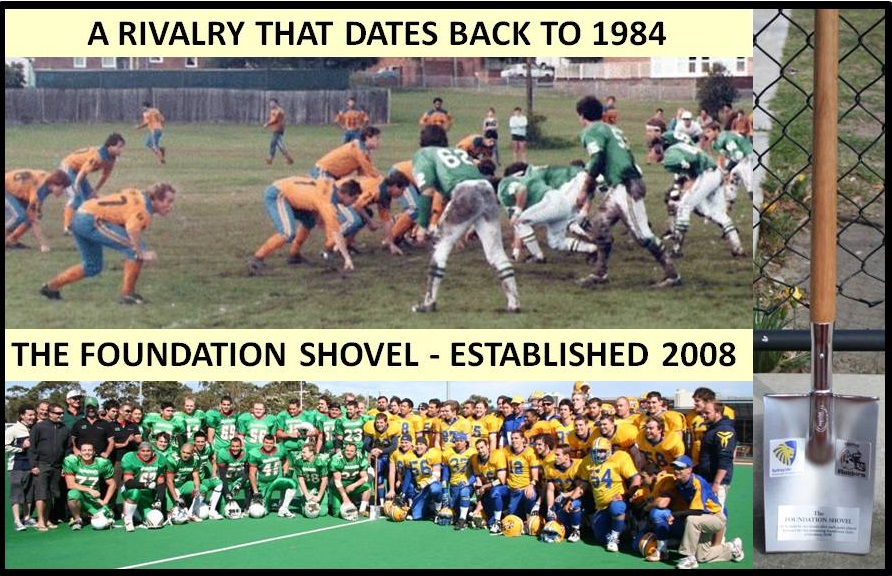