This Saturday, 22 October 2016, is Round 8 of the Gridiron NSW Season.  The UNSW Raiders Colts, Women and Men’s teams will all be in action against the North Western Gridiron Club.

It our HOMECOMING so join us at David Phillips Sports Complex for a great afternoon of football! 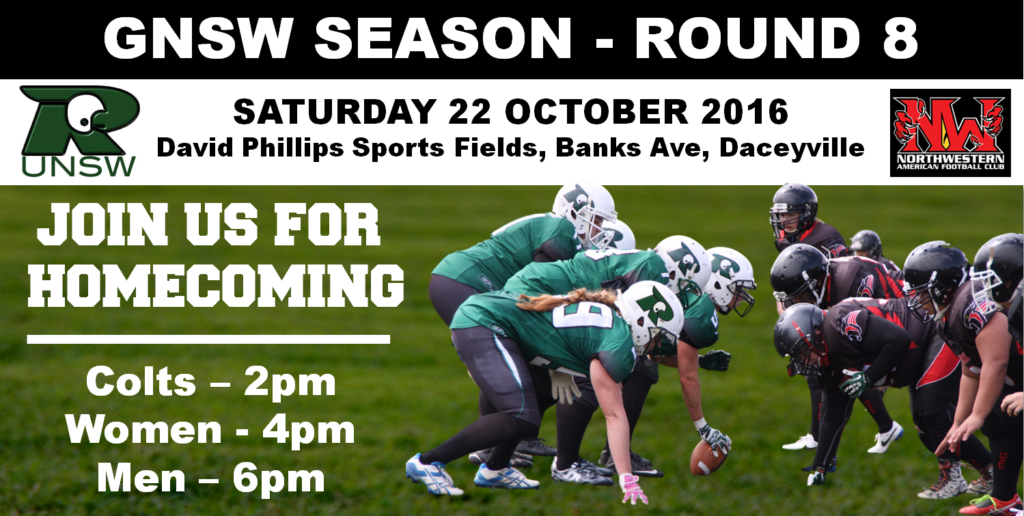 The club’s men’s and colts side played their pink round at the ground last Saturday, raising $735.00 so this weekend, after the disappointment of having a forfeit by Newcastle, our ladies will be playing in their Pink Jerseys against the Phoenix.

GRIDIRON NSW ROUND 8 SCHEDULE IS AS FOLLOWS: