What a great day for the Gridiron NSW opening round at David Phillips.  The UNSW Raiders had all three teams at home of the opening round with the women starting proceedings by kicking off the day at 11.00am against the Northwestern Phoenix.  It was a slow start for the reigning champions with the first half remaining scoreless however they started to get into the groove during the second half with touchdowns to veteran player #10 Kirstie Bridge and rookie Alia Karmali who was wearing the #85 for this game. FINAL SCORE – UNSW Raiders 12 defeated Northwestern Phoenix 6 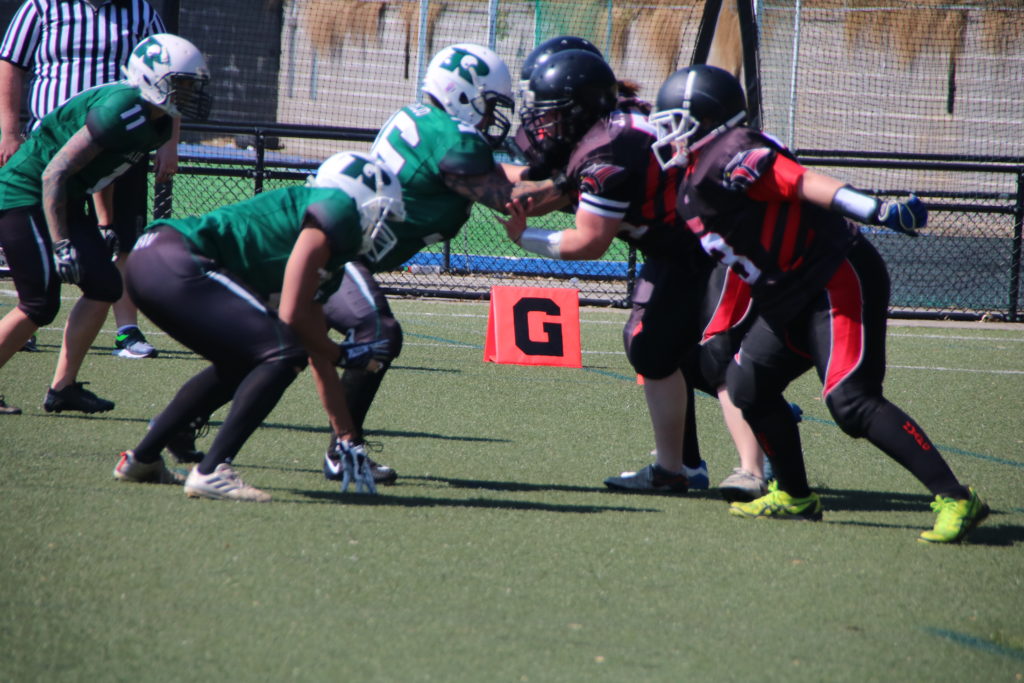 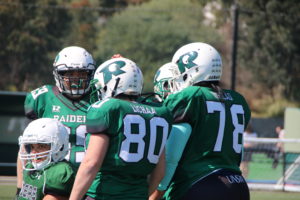 Next up were our U19 Colts who kicked off against the Northwestern Panthers at 1.00pm.  The boys were on fire leading by 20-0 at the end of the first half and finishing the job in the second! What a great start to their 2017 campaign with three touchdowns to Evander Swann, one each to Jahvia Peters and William Swann and 3 x 1 pt conversions and a 2pt conversion to Ethan Reid   FINAL SCORE – UNSW Raiders 35 defeated Northwestern Panthers 0 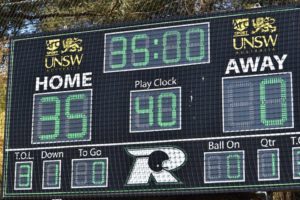 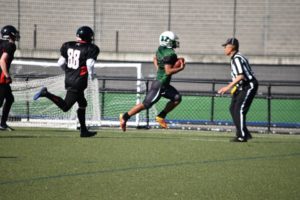 Finally our men kicked off at 3.00pm against the Northwestern Predators.  The game had a slow start with the first quarter remaining scoreless.  Going into the half time break the Raiders men were down 14-6 after a touchdown by #1 Max Nina.  The second half saw them level the score with a touchdown to  #7 Lamar Dansby followed by the 2 points being run in by #81 Ben Raglione however they could not keep the Predators out and have unfortunately opened the season with a loss.  FINAL SCORE – Northwestern Predators 22 defeated UNSW Raiders 14 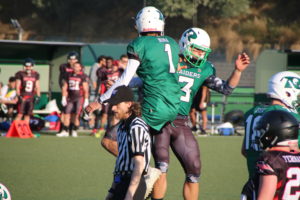 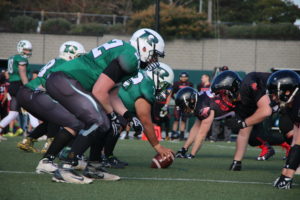 Here are the Gridiron NSW Round 1 results:

UNSW RAIDERS GAMES FOR NEXT WEEKEND (ROUND 2)

This coming weekend the UNSW Raiders will be playing at David Phillips. Our game schedule for

Saturday 9 September is as follows: