This weekend all of our teams were hosted by UTS Gators at Neptune Park, Revesby.

Our UNSW Raiders Women kicked off the day at 1pm.  Our defense held strong and the ladies were leading 22-0 at the half time break.   Our ladies dominated the match with 4 touchdowns.

Running Back #3 Liana Hogarth was on fire scoring three touchdowns  with the 4th touchdown being scored by  #43 Renae Hahn.  The UNSW Raiders women continue their winning form remaining undefeated and sit at the top of the 2016 Gridiron NSW League ladder. 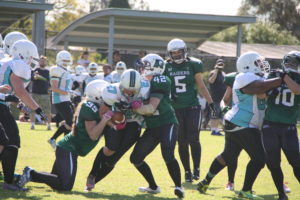 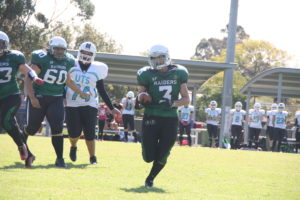 Next up our UNSW Raiders Colts took to the field kicking off against an experienced UTS at 3pm.  The defense in the first half kept the undefeated UTS scoreless.  Our young Raiders fought so hard and the pressure on but in the end the experience of UTS come through and our boys were defeated 20-12. 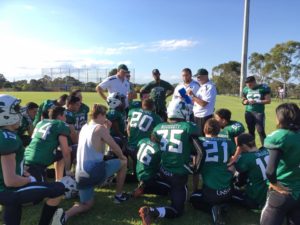 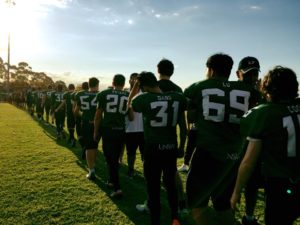 Our UNSW Raiders Men took the field at 6pm and kicked off a dramatic, intense and somewhat controversial game against rivals UTS.  It was a hard fought 1st half which had the Raiders leading the grudge match 3 – 0 with a field goal by #33 Aaron McEvoy.  The 2nd half was full of more action and drama however our men prevailed scoring another field goal and 3 touchdowns. Kicker #33 Aaron McEvoy was on fire kicking the 2 field goals and then 3/3 PAT however having the one PAT waived as unsuccessful. The Raiders men have had an awesome start to their season and remain undefeated with a 3-0 record. 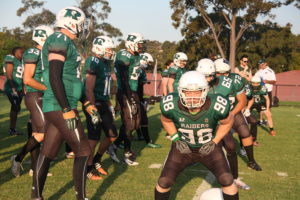 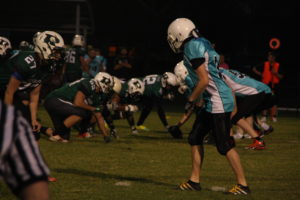 UNSW RAIDERS GAMES FOR NEXT WEEKEND (Round 5)

This coming weekend the UNSW Raiders will be hosted by the Newcastle Cobras at Walters Park, Creek Reserve Road, Speers Point (Newcastle).  Our game schedule for Saturday 1 October is as follows: