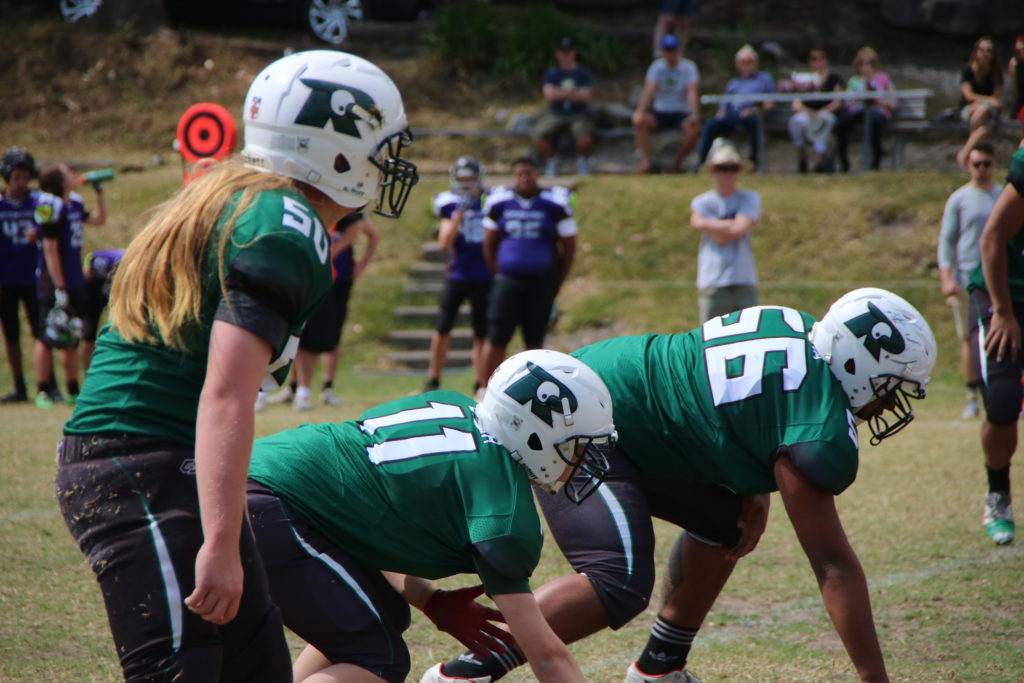 This weekend was Round 4 of the Gridiron NSW Competition.  Our teams were split up with our Colts and Men will travelling to Forestville Oval to face the Northern Sydney Rebels whilst our Women headed over to Neptune Park at Revesby to face the UTS Gators.

Our first match of the day was the colts who kicked off at the delayed time of 12.30pm.  There is a lot of skill in the squad and with more training and discipline we will start to see them thrive.  Our boys were very determined, are learning every week and are playing some great football however at the half time break the Raiders trailed the Rebels 7-0.  It was a slow game with water breaks due to the heat and the Rebels continued their dominance in the 2nd half of the game to take the win. FINAL SCORE – Northern Sydney Rebels 13 def UNSW Raiders 0 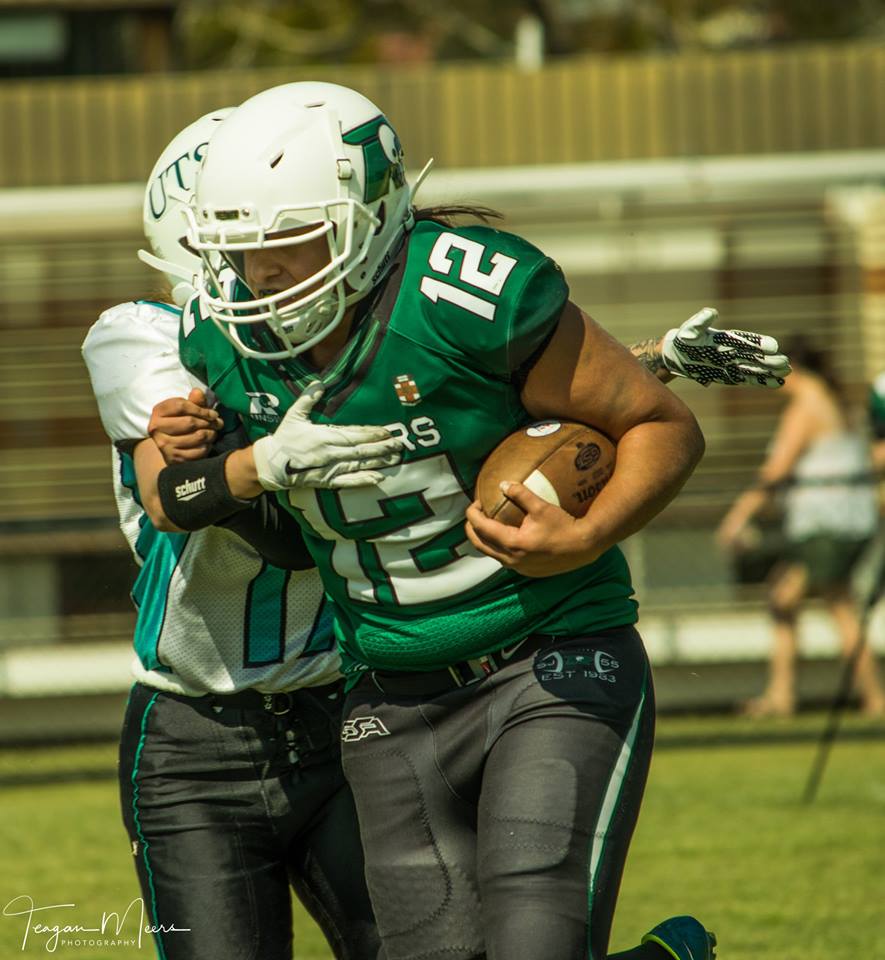 The women kicked off at Revesby at 1.00pm and it was there toughest game yet!  The Gators attached early with a fast tempo that took our defense by suprise.  The Raiders were missing key players and the top 2 tacklers on the team and before they knew it UTS were up 14-6 at the half with Veteran All-Rounder #80 Eve Lichaa shaking tacklers for a 15 yard rushing touchdown.

The second half told a different story with the women regaining focus and fight. Quarterback #12 Alia Karmali dominated the run game including a 14 yard touchdown run to bring the score to 12-14. She scored a second time, rushing 25 yards and scoring the game winner. FINAL SCORE – UNSW Raiders 20 def UTS Gators 14

Prior to the men’s kick off we presented former men’s coach, Guy Safran, with a farewell gift in recognition of his long standing service to the club as a player and a coach. 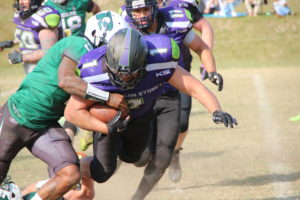 Our final game of the afternoon kicked off at 2.30pm with our men taking on the Rebels.  In the first half of the game it was a battle of the defensive teams with no score at the half time break.  In the 3rd quarter #33, Aaron McEvoy, kicked a 30 yard field goal to put the Raiders on the board – the score was 3-0.  In the last 50 seconds of the game the men could not hold out the Rebels offense who established good field position from a punt return.  Full credit go to the Raiders defense who play an awesome game.  FINAL SCORE  – Northern Sydney Rebels 7 def UNSW Raiders 3

Results from around the league were as follows:

Saturday 30 September 2017 is the long weekend in NSW and is a BYE week for the competition.  Our next games are on Saturday 7 October 2017 which will be Round 5 of the GNSW Season.  The Colts and Men will travel to Wollongong to face the Mustangs and our Women will head over to Forestville to play the Rebels.