This weekend we had all three of our teams in action at our home field of David Phillips in what was a MASSIVE day of football in windy conditions!

First up for the UNSW Raiders was our women’s team who kicked off against the NorthWestern Phoenix at the early hour of 9.30am.  This game definitely was a battle!  Half time found our ladies down 0-2 with a safety by the Phoenix.   In the second half our women found their mojo!  The Offense powered up and we finally saw a Touchdown which was scored by QB #17 Hayley Tagaloa-Smith. Once again, the defense held strong and our women remain undefeated for the 2016 season with a record of 4-0!! 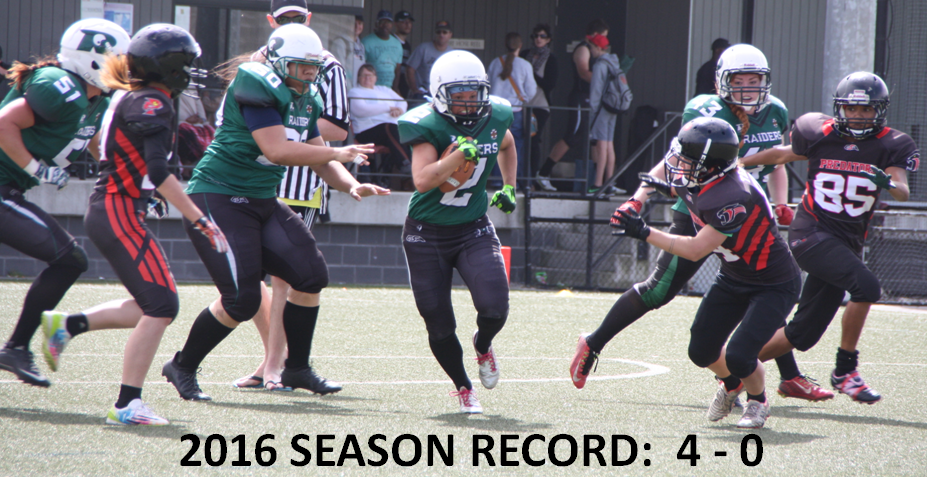 Next, we saw our young Colts take on 2 x Champions and the undefeated Sutherland Seahawks.  The game kicked off at 11.30am and our boys did an awesome job against the 2016 champions and really gave them a run for their money ending the first half only down by 6 with the touchdown on special teams to #6 Takunda Jokwiro.

In the 2nd half the Seahawks opened up and our boys just couldn’t hold on but it was a great game and the score doesn’t reflect the a great performance by the Colts. Touchdowns were scored by #1 Paul Kitiona and #13 Oliver Boakye with both 2 point conversion by #6 Takunda Jokwiro.  It’s great to see our colts team getting stronger and stronger and with more experience they will hopefully get their first win in the coming weeks! 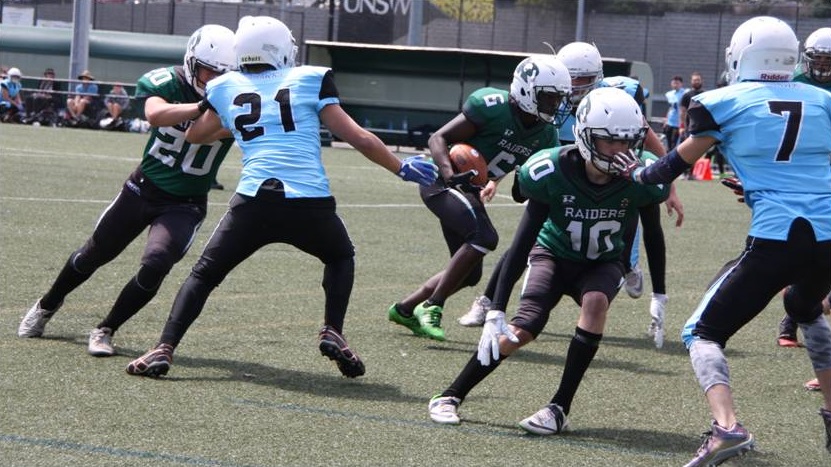 Our men finished off the day kicking off against the Sutherland Seahawks at 6.30pm.  The Seahawks did not field a team in 2015 and so the last time we met was in 2014.  The men started well and our defense held strong with the guys finishing the first half leading the Seahawks 12 – 0 with QB #2 Damon Manns throwing a Touchdown pass to #1 Max Nina and with #20 Kingsley Dennison scoring a Touchdown off a pick!

The second half saw the Seahawks score a touchdown but our very strong defense held them there.  The Raiders went on to score 2 more touchdowns both by #99 Christian Gaiteu.  Our men remain undefeated for the 2016 season with a fabulous record of 5-0!!

UNSW RAIDERS GAMES FOR NEXT WEEKEND (PINK ROUND 7)

This coming weekend the UNSW Raiders will once again be playing at David Phillips. Our game schedule for Saturday 14 October which is the Gridiron NSW Pink Round is as follows: