It was a stunning day at David Phillips on Saturday 15 October where we were scheduled to have all three of our teams in action for the Gridiron NSW Pink Round supporting the McGrath Foundation.

The BBQ was sizzling and there was plenty of Pink to be seen with our teams in pink socks and coaches in pink polo shirts.

We also had pink iced cupcakes, pink cookies and sparkling wine available for purchase to raise funds for this amazing charity. Gridiron NSW Decals were provided by the league and were sold for a gold coin donation going straight to charity.

The Raiders would like to thank everyone that provided cupcakes to sell for fundraising including – Jessica Bestrashniy, Nicole Frost, Kerri-Lee Safran, Renee Turner and Penny Brundu.

We would also like the thank Hayley Tagaloa-Smith and her family for donating the sparkling wine for the event.

We started the day with our determined colts who kicked off the day at 11am against the Northern Sydney Rebels.  They went into the half time break leading 6-0 with a Touchdown to #6 Takunda Jokwiro however were unable to keep hold of the lead with a late touchdown by the Rebels.  FINAL SCORE: UNSW Raiders 6 – Northern Sydney Rebels 9 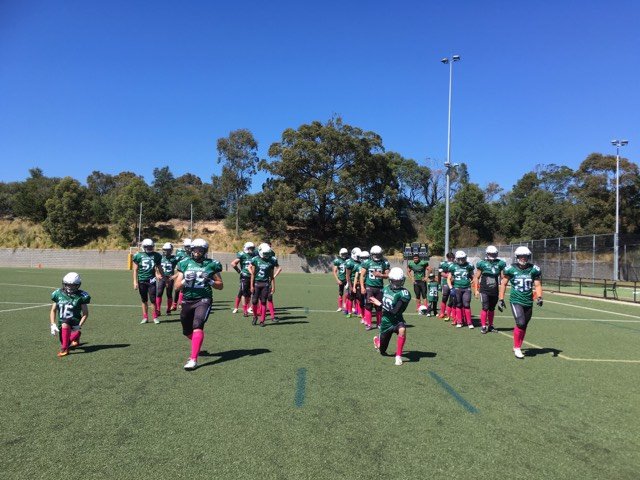 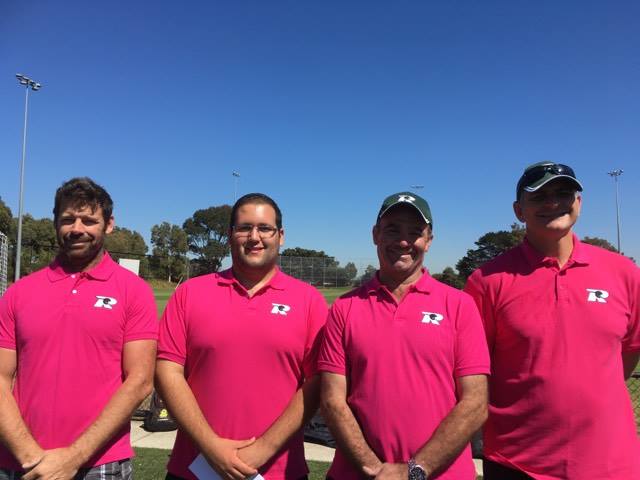 Our Women’s team should have kicked off at 4pm against the Newcastle Cobras.  Unfortunately, the Cobras forfeited due to injury and low numbers given our team a “technical” win.  The ladies came down to support the colts and mens team and had fun wearing their pink game jerseys for the afternoon.  FINAL SCORE: UNSW Raiders 21 – Newcastle Cobras 0 (forfeited game) 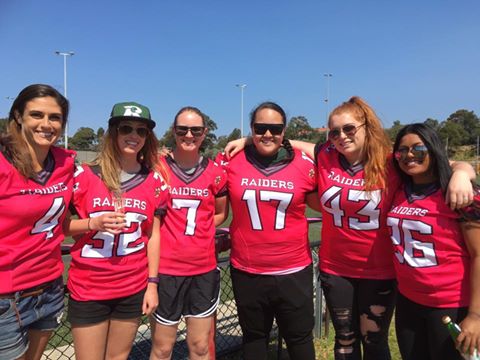 Last up for the day were our men who kicked off at 6pm against the Northern Sydney Rebels.  The Raiders defense held firm and our boys went in to the half time break leading 6-0 with QB #2 Damon Manns throwing a Touchdown pass to #1 Max Nina.  The second half was a battle with only one more Raiders Touchdown scored by QB #3 Lukas Vojnar.  In the end the Raiders prevailed with a win that gives an undefeated season record of 6-0 and have secured a playoff birth!  FINAL SCORE: UNSW Raiders 14 – Northern Sydney Rebels 12 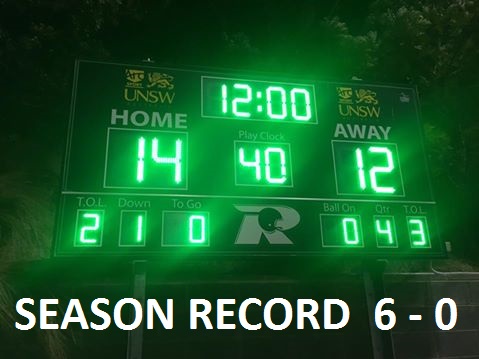 Donation to the Pink Round are still being accepted through the online donation portal.  To donate please go to: https://mcgrathfoundationportal.gofundraise.com.au/page/GridironNSW

UNSW RAIDERS GAMES FOR NEXT WEEKEND (ROUND 8)

This coming weekend the UNSW Raiders will be playing at David Phillips. Our game schedule for Saturday 22 October is as follows: