Such a spectacular, although cold, afternoon and evening at David Phillips Fields as the UNSW Raiders played host to the NorthWestern American Football Club. It was an awesome day for the UNSW Raiders as we grabbed the “TRIFECTA” with all three of our teams winning their matches!

First up for the afternoon our young colts kicked off against the Giants at 2pm.  It was a close game.  The Raiders defense was strong and put points on the board in the 1st half with a defensive touchdown to #17 Michael Hay who recovered a fumble in the backfield.  The game remained scoreless in the 2nd half but secured our boys their first win of the season. FINAL SCORE: UNSW Raiders 6 – NorthWestern Giants 0 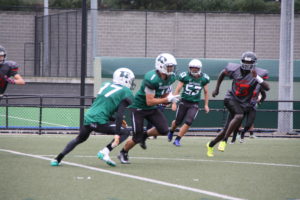 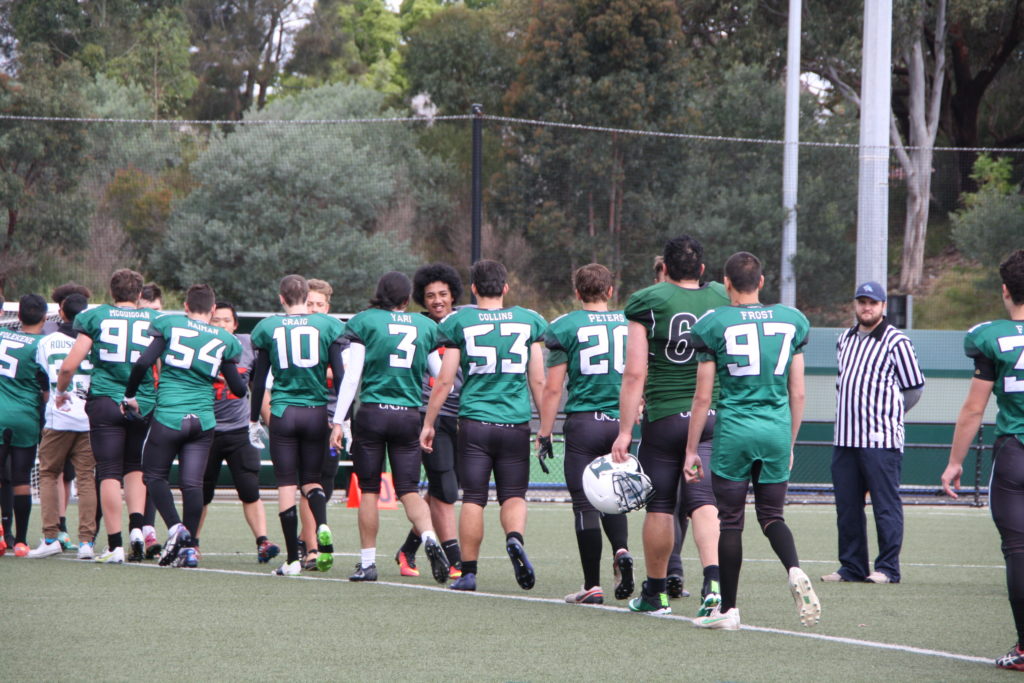 Next, our women took the field kitted up in their Pink Jerseys and Socks!  What a lovely sight it was to behold as they raised awareness for Breast Cancer.  The women kicked off against the Phoenix at 4pm in what started out as a tight contest.  The 1st half ended with our ladies leading 18-14.  In the 2nd half the Raiders defense were strong holding the Phoenix scoreless!  Touchdowns for the day were: Rushing Touchdowns to #43 Renae Hahn and #17 Hayley Tagaloa-Smith with 3 x Rushing Touchdowns to #3 Liana Hogarth.  Our women played this match in honour of people who have survived, are fighting and those who have been lost to breast cancer.  In addition, the team honoured 3 members of the squad, Renae Hahn, Kirsten Bridge and Kate Gardiner, whose families have all have been affected by this disease. This result gives the women an undefeated season record of 6-0. FINAL SCORE: UNSW Raiders 38 – NorthWestern Giants 14 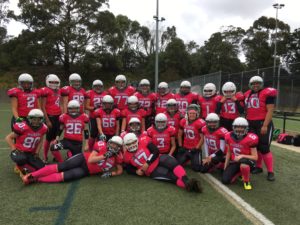 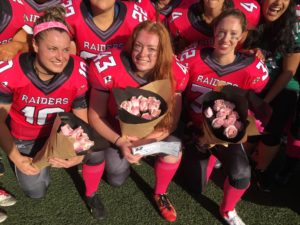 Finally, our UNSW Raider Men kicked off against the Predators at 6pm.  This was deemed to be an “interesting clash” by Gridiron DownUnder. Our men were on fire with the Raiders leading the Predators 28 – 8 at half time.  First half scores were as follows: Touchdown run to #7 Lamar Dansby, 3 x Touchdown Passes by #9 Damon Manns to #18 Justin Fatu, #81 Ben Raglione and #1 Max Nina.  The 2nd half was exciting!  The defense worked hard and the offense performed strongly scoring an additional 27 points with Touchdowns runs  to #7 Lamar Dansby, #3 Lukas Vojnar and #23 Darryl Jones and a Touchdown pass by #3 Lukas Vojnar to #1 Max Nina.  #33 Aaron McEvoy kicked 10/11 for the day. This result gives the men undefeated season record of 7-0. FINAL SCORE:  UNSW Raiders 55 – Predators 22 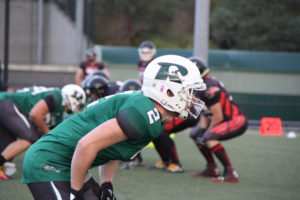 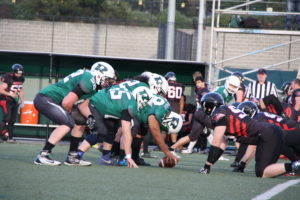 UNSW RAIDERS GAMES FOR NEXT WEEKEND (ROUND 9)

This coming weekend the UNSW Raiders will be playing at David Phillips. Our game schedule for

Saturday 29 October is as follows: