It was a lovely Spring day at David Phillips sports fields on Saturday 29 October.  After the prediction of rain and storms we were pleasantly surprised with the beautiful weather that was presented.  It was a busy day with five games scheduled, three of which were our UNSW Raiders teams. 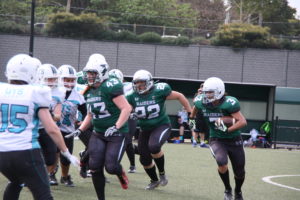 irst up for the day were the Women who kicked off against UTS at the early time of 9.30am.  The ladies started the game off strongly and the defense held UTS scoreless with the 1st half score being 20 – 0 with a touchdown to #43 Renae Hahn and two touchdowns to #3 Liana Hogarth.  The second half kicked off but unfortunately one of the UTS Ladies suffered a game stopping injury.  She was not able to be moved until the Ambulance arrived and the game “expired” before the medics were in attendance. We wish the injured UTS player all the best with surgery and her recovery.  The result gives the women a season result of 7-0.  FINAL SCORE: UNSW Raiders 20 – UTS 0

Next up for the Raiders were our Colts kicking off against the Sydney University Cubs at 1.30pm.  The boys fought very hard and the half time 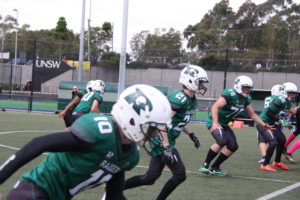 score was 8-0 in favour of the Cubs.  There were a few glimpses of excitement from our boys however it wasn’t the best day for them.  We are all very supportive of our colts and are looking forward to next weeks game against the Brumbies.  FINAL SCORE: Sydney University Cubs 22 – UNSW Raiders 0

Finally, our Men took the field kicking off against the Sydney University Lions at 6.30pm playing the the elusive Foundation Shovel.  The Foundation Shovel is held by the winner of each game that is played between the 2 remaining Gridiron NSW Foundation Clubs.  Both teams went into this game undefeated and with confidence.  It was awesome to see a nice crowd for this game and we were happy to welcome many former Raiders players.

The Men had a slow start and the defense were not up to their usual standard.  The first half finished with only only one touchdown to #7 Lamar Dansby and had the Lions leading  28 – 6.  The second half saw a little more success with the offense finding their rhythm and the defense holding a little firmer however it was a case of too little too late with a missed field goal and unsuccessful PAT’s.  Both second half touchdown passes were by #3 Lukas Vojnar to #25 Rustum Todd.  This result sees the men with their first defeat of the season and with a record of 7-1. FINAL SCORE: Sydney University Lions 35 – UNSW Raiders 18 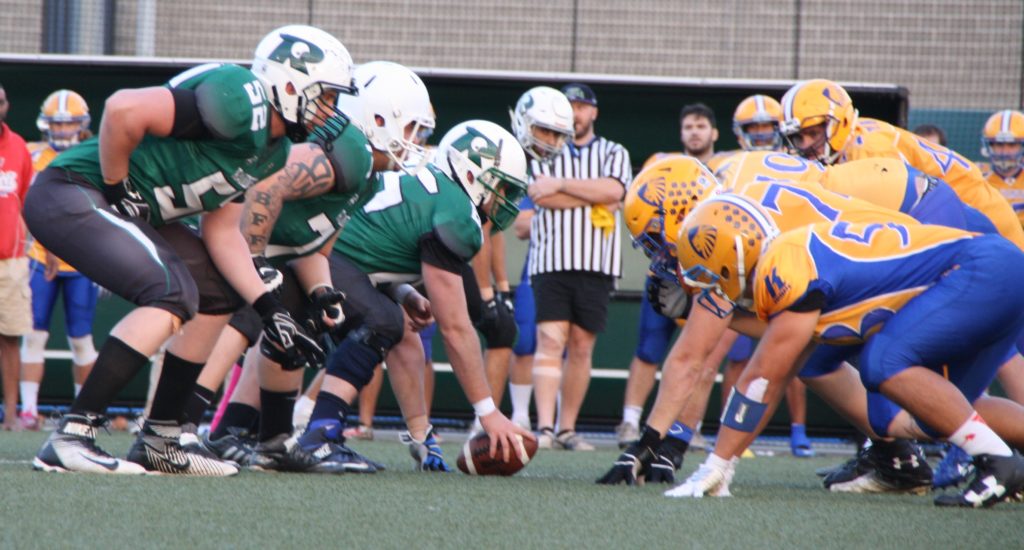 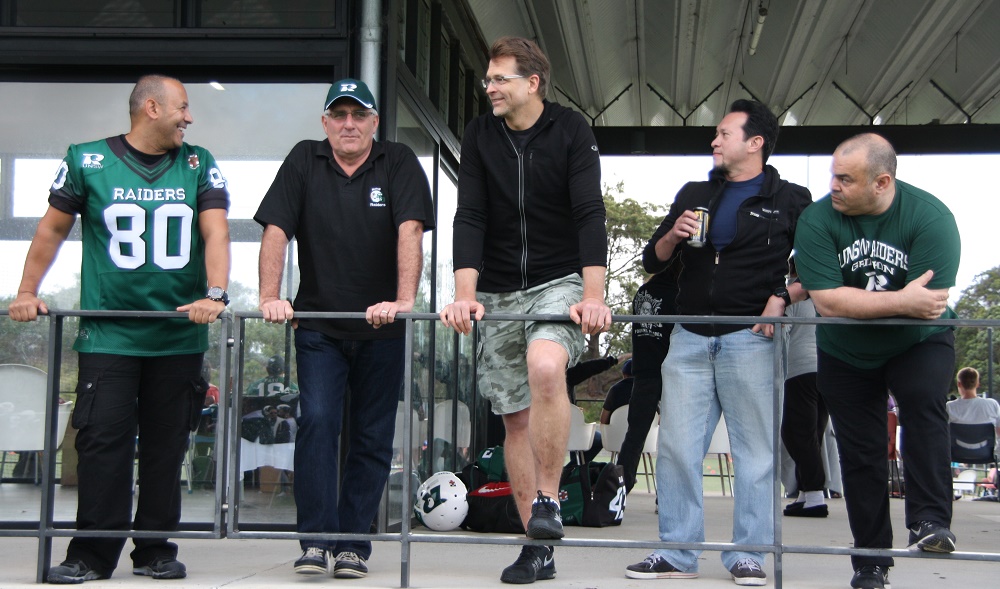 UNSW RAIDERS GAMES FOR NEXT WEEKEND (ROUND 10)

This coming weekend the UNSW Raiders be travelling to Robert Ziems Park in Corrimal to be hosted by the Wollongong Mustangs and Brumbies. Our game schedule for Saturday 5 November 2016 is as follows: