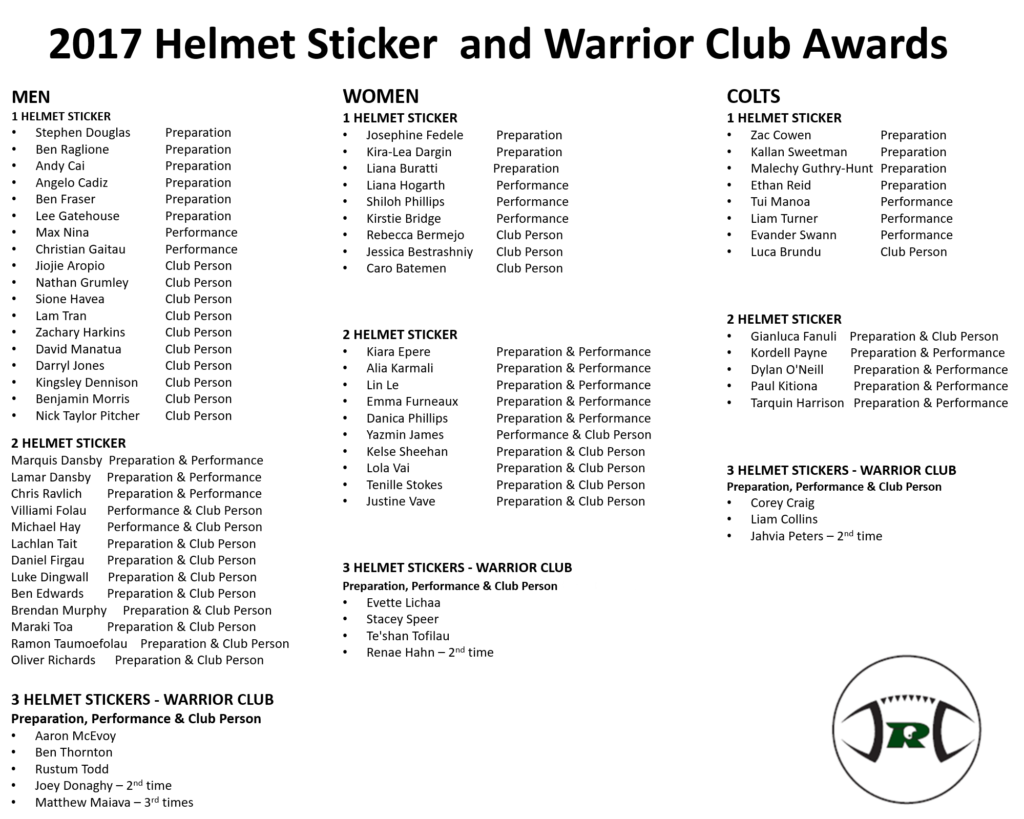 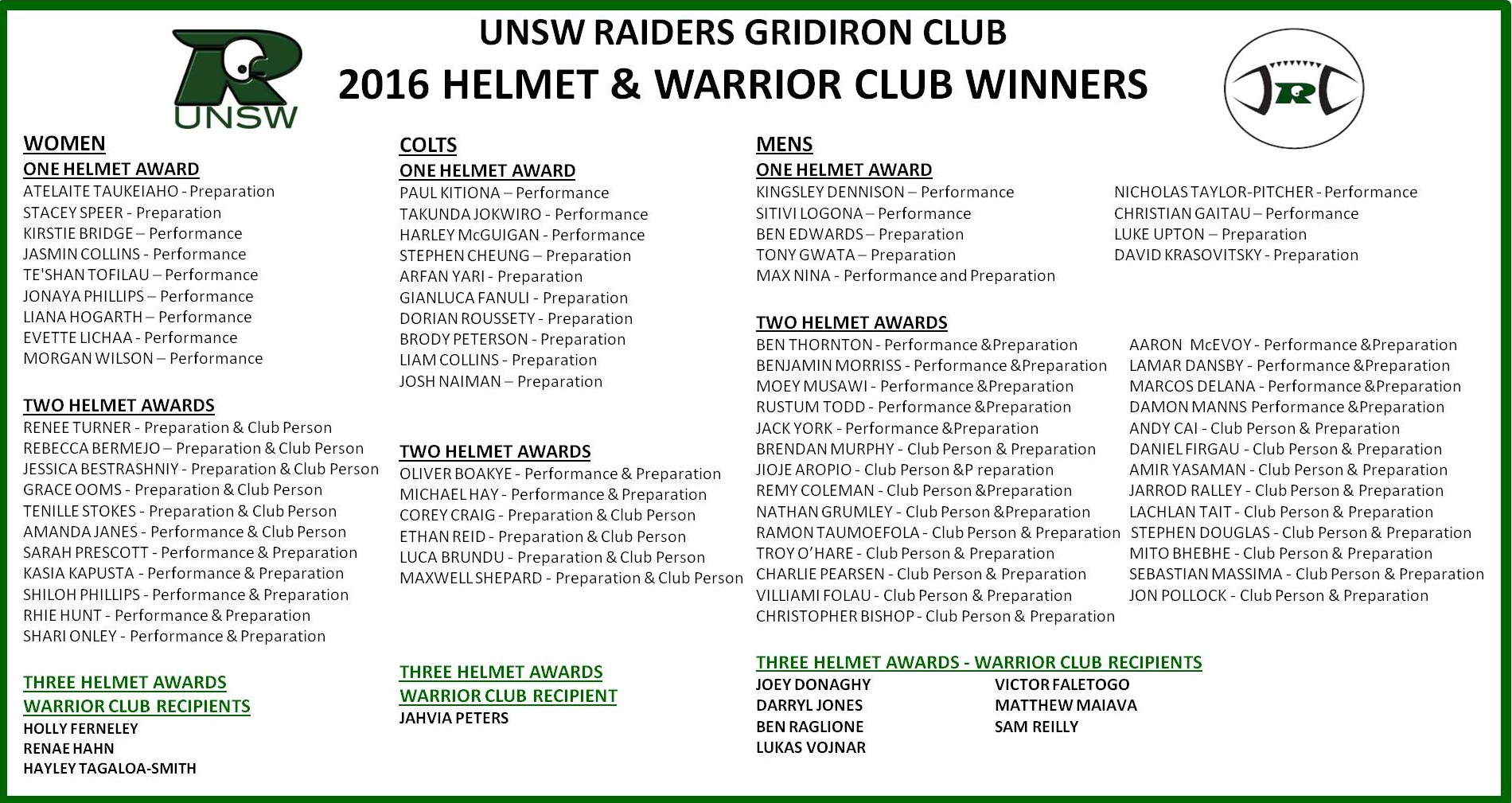 What is WARRIOR CLUB?

Before the start of the 2011 season, the Raiders introduced a new awards system called WARRIOR CLUB. This replaced the system of giving awards to individuals such as ‘Most Valuable Player’ and will instead honor three important criteria.

Should a player satisfies the points of one section, they will receive a helmet sticker for each category. They will then wear the sticker awards during the next season, to show their achievement in previous years.

Should a player achieve in all three categories, they will also become a member of Warrior Club for that season. These members will also earn special recognition from the team, and will receive a specially made shirt.