The UNSW Raiders would like to congratulations Coach Dane Robertson on

his appointment to the first ever Australian Outback Women’s National Team Coaching Staff to represent Australia in the 2017 IFAF Women’s World Championships.  Dane will be coaching Wide Receivers and will also be Co-Special Teams Co-Ordinator.

Dane is the current UNSW Raiders Womens Head Coach who finished the 2016 Gridiron NSW Season as undefeated champions winning the Opal Bowl.  Dane joined the Raiders in 2007 and has played Wide Receiver 5 years at WR, 1 year at QB.  Dane was the Colts Head Coach in 2009 and 2010 and played in the 2010 National Championship NSW Wolfpack in 2010 and has been a Raiders player/coach as of 2011.

In addition, Dane is the current Defensive Co-ordinator for the Gridiron NSW Coyotes Womens State Team.

Well done to all the National Coaches selected and best of luck with the preparations for the 2017 Women’s World Championship. 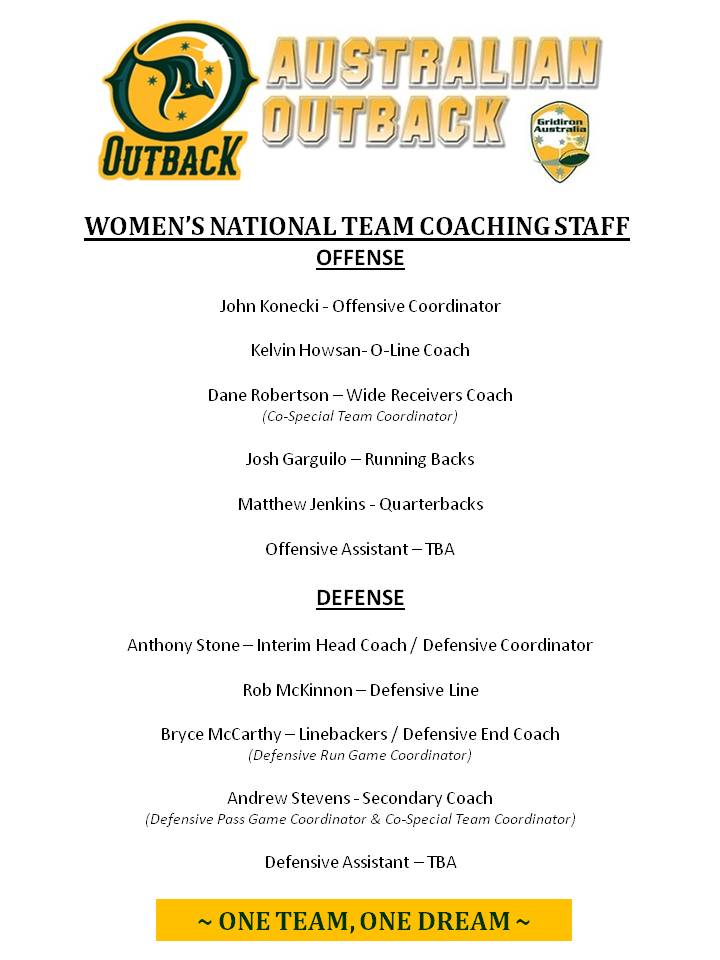